We may see a global growth in 2013 more stable than previous year but the fact is that the GDP growth is going to be driven by emerging countries and Asia in particular.

Large emerging markets will benefit from lagged effect of 2012 accommodative economic policies (especially in Asia).  On the other side the Euro area will remain a drag for global growth, as an effect of the lower growth in France and Italy mainly and despite a slight upward revision of Germany´s growth expectation.  The US will achieve a growth under 2% due to private investment and consumption recovery offsetting fiscal consolidation effects.  Finally Japan´s growth is expected to be comparatively moderate during the following months, waiting to see the effect of the measures implemented by the Central Bank to double money in circulation with a 2% inflation eyed.  As Japan has faced since the nineties many of the economic weakness that now Europe suffers, it will be interesting to see the outcome of this monetary policies to boos private consumption 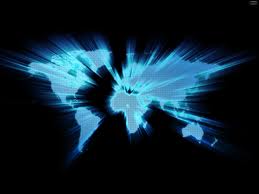 The other side of the coin in the growth based in the emerging countries will be the increasing of political instability due to the significant pressures for change (North Africa, Middle Eastern region, Russia, Venezuela…), the increase of protectionism and the banking credit risk due to the forming of real bubbles in the house hold and business credit markets

So the decoupling continues and the risks rises wordlwide