The «Arab Spring» was rather mild in Morocco, compared with what is still going on in other countries in the region. This result from the role of the king, the Commander of the faithful, but also from the fact that leaders in Morocco have attempted to anticipate the rise of unrest and discontent.

Today, the country has a true asset with its manageable external indebtedness and its solid and dynamic banking sector. However, despite true economic and social progress, and despite the benefits that it derives from phosphates, tourism and better infrastructures, Morocco remain a rural and insufficiently diversified country. 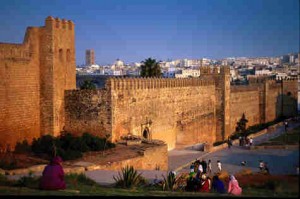 Strongly dependent on raw materials, the Moroccan economy remains fragile. Poorer harvests than in 2011 and the deteriorating economic situation in the European Union, its main economic and commercial partner, are weighing on its growth that could be limited to some 3% in 2012.

Morocco is seen more and more as a regional hub in North Africa for shipping logistics, assembly, production and sales

However, it must still meet three major challenges: education, health and corruption. Much will depend on the implementation of the new constitution, the attitude of the government directed by the leader of the Justice and Development Party (moderate Islamists), and greater social justice. In other words, a reduction of poverty, inequality and unemployment.