Rising deficits around the world have riveted public attention on who pays taxes, or more specifically, how much of the tax burden is being borne (or evaded) by the rich. The debate has taken some interesting twists and turns and poses critical questions for the future of developed economies. 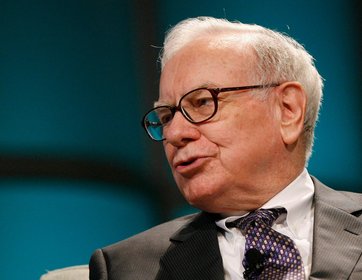 Warren E. Buffett will get back $3 billion that he invested in General Electric during the financial crisis, plus a $300 million bonus (Mario Anzuoni/Reuters)

In the United States, where the Bush-era tax cuts for the super-rich were extended last year despite widespread public opposition, billionaire Warren Buffet added fuel to the fire recently with an editorial where he proclaimed his willingness to pay higher taxes. Buffet said that a higher tax rate on capital gains or income would not discourage his investment activity and reminded Americans that taxes on the rich were much higher in the 1970s and the economy operated efficiently. He ridiculed the fact that his total Federal tax bill last year was only 17.4% of his gross income, a lower rate than that paid by any of the other 20 people working in the office of his hedge fund (their effective tax rates were 31-44%).

The data bear out Buffet´s claims. Figures from the IRS show that the super-wealthy in the United States pay an average effective tax rate of only 18.1%, compared to 30% in 1995 and 23% in 2001, on the eve of the Bush tax cuts. With so many Republicans having been voted into office on a pledge not to raise any taxes, plans to raise them even on the extremely wealthy to a more equitable level are likely to founder in Congress.

Rich taxpayers elsewhere in the world have now joined the debate. In France, a group of wealthy citizens sent an open letter to their government expressing their willingness to pay temporarily higher taxes –a “special contribution”– to help solve the country´s deficit problem. The French super-rich said that they, too, benefited from the system financed by French citizens and that «When the public finances deficit and the prospects of a worsening state debt threaten the future of France and Europe and when the government is asking everybody for solidarity, it seems necessary for us to contribute.» The signatories included LÓreal heiress Liliane Bettencourt, Christophe de Margerie from Total, Frederic Oudea of Societe Generale, and Jean-Cyril Spinetta of Air France.

It is not only in the United States where the super-rich have found themselves receiving better tax treatment in recent years. A look across the European Union points to a general trend toward lower tax rates for wealthy Europeans as well. According to Eurostat, personal income tax rates (on paper; not effective) for the very wealthy are in the 50-60% range only in Sweden, the Netherlands and Belgium; in most countries the rate is 40-50%. In only three countries (Sweden, Portugal and the UK) has the tax rate for the wealthy risen since 2000. In two other European countries it has remained unchanged, and in the rest it has been reduced. In some countries the per cent reduction has been substantial (in double digits), as in Lithuania, Slovakia, the Czech Republic, Hungary and France. In Spain it has been cut by 3% since 2000. These figures refer only to tax rates on personal income and not to taxation of other sources of income, such as capital gains, where the rate is typically much lower.

With this evidence and the opinions of many of the super-rich in hand, is there any reason to continue to “coddle”, in Warren Buffet´s words, the super-rich with lower taxes? At a time of historically high unemployment in many countries and strains on public services and government budgets, can the rich cling to their privileges when the social fabric around them might be in the process of unraveling? Is there any clear evidence that marginally higher taxes actually do reduce incentives to invest? What is the right way to ask the wealthy to pay their fair share of the deepest economic crisis in living memory?

And probably most importantly, if the wealthy do not shoulder their share of the crisis and the deficit problem, what backlash might await them?