As the deadline approaches for the US Congress to either raise the debt ceiling or enter into technical default on the huge US public debt, what appears to characterize the debate is a lack of concern for what will happen if the deadline is missed.

Republicans, determined not to raise taxes, refuse to approve any compromise that would violate that objective. Democrats, reluctant to make deep reforms to social programs, want most adjustments to happen on the revenues side. The deadlock has held firm even under the time pressure of looming nonpayment on the debt.

What can be done?

There are several obvious reforms that could make major inroads into the deficit problem, if only bipartisan agreement could be reached. All have come up in the debate at one time or another, and a good compromise should include all of them. 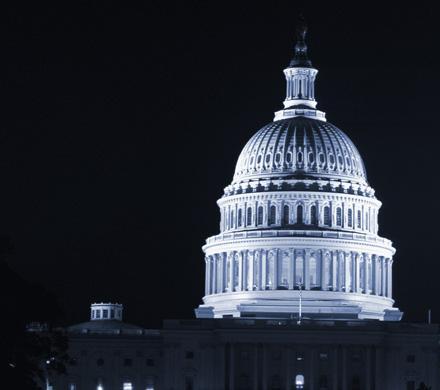 1. Reach agreement to end the tax breaks for the super-rich, which are repugnant at a time of high unemployment and falling real incomes. Setting a date some time in the future –next year– could make it more palatable.

2. Subsidies to oil companies need to be radically ended.

3. Additional revenues must be collected, preferably on consumption, and especially on polluting activities or others with large negative externalities.

4. The tax code needs to be reformed, simplified and streamlined to eliminate deductions and actually restore progressivity.

5. Social programs such as Medicare and pensions need major reform to reduce spending in the future.

Republicans are certain to oppose 1)-3) and maybe 4), but all but the radical Tea Party elements could probably be coaxed into a compromise if 5) were offered. In fact, the bipartisan committe for deficit reduction has offered most of these elements in its proposals.

US politics is in an emotionally charged, polarized moment due at least in part to the depth and intensity of the crisis. The «debt clock» ticking in the background will hopefully provide the pressure they need to put party politicking on a back burner and address the urgent issue at hand. If they do not, the consequences for the US economy will range from higher borrowing costs and an even slower economy to an all-out dollar panic. Any of these would be disastrous for the US economy.

Congress ois likely to recognize the very high stakes and pull a reasona le compromise out of the bag at the last minute.

Hopefully the compromise can lay a foundation for true and sustainable deficit and debt reduction.

As Churchill once said, the Americans always do the right thing — after first exhausting all other availabe options.